How the Railways Supported the War

The railways played a key role during World War 2, transporting weapons, troops, ammunition and supplies such as medicines and food to the Front, and taking evacuees safely back home to Britain. Trains were also used to pick up many of the 338,000 troops rescued from Dunkirk in 1940.

The railway service was vital to the war effort and the various rail operators joined forces and became one company for the duration. Trains were used more heavily between 1939 and 1945 than at any other period in history. According to the Rail Delivery Group, they moved more than 254 million tonnes of goods and around 90 million parcels in Britain every year during WW2.

Fraught with danger, the German Luftwaffe targeted trains during bombing raids, especially in cities such as London. In total, 16,132 freight vehicles and 3,314 passenger trains suffered damage in Britain, although it wasn’t as extensive as in many other European countries. The number of fatalities among passengers and rail staff was relatively small in comparison with the number of trains hit.

Very little money was invested in the rail network, due to the amount being ploughed into the war effort. Only essential maintenance work was carried out, so coupled with the extra use, the railway became increasingly rundown, although it managed to run efficiently.

One of the biggest operations on the Home Front was the evacuation by train of more than one million children from bomb-torn cities to the countryside. Known as Operation Pied Piper, the first evacuation of children and vulnerable adults took place soon after the outbreak of war in September 1939.

More than 3,800 special trains were provided to transport around 1.5 million children and vulnerable people to safe locations away from the air raids, especially during the Blitz. This was over and above the scheduled services, but it ran like clockwork.

In a separate operation, the railways successfully completed the Kindertransport Mission in 1939. More than 10,000 Jewish children fled persecution in Europe, arriving at London’s Liverpool Street station, before being taken to safe locations.

The rail network played a massive role in the evacuation of Dunkirk in May and June 1940. Around 338,000 Allied troops were saved from the French beaches between 26th May and 4th June, after British, Belgian and French troops were surrounded by German forces.

The Royal Navy and Britain’s French, Belgian, Dutch, Canadian and Polish allies, plus hundreds of private boat-owners, carried out the huge evacuation, under enemy gunfire, bringing the stricken troops to England. On arrival, the railway companies sprang into action to carry them inland from the various landing points, piers and docks of the south coast.

According to the National Railway Museum, the operation was carried out with little pre-planning, as they had been unable to gauge how many troops would arrive in England, how fast and at which landing points. The railway services had to be flexible, so the trains could respond where and when they were needed.

More than 180 trains from the combined railway companies were sent to collect the returning troops on 27th May 1940, before obtaining directions to their final destinations. During the Dunkirk evacuation, a total of 620 trains transported the returning troops to locations all over England. This operation was carried out alongside other rail services taking evacuated children from cities to the countryside and moving government traffic.

On 6th June 1940, further 200 trains carried more troops evacuated from other parts of France to south-west England – including Belgian soldiers who were taken to Margate Railway Station.

The railway service’s preparations for D-Day began on 5th April 1944. By the end of May, regular train services totalling 264,000 miles had been cut from the timetables, as the tracks were cleared in readiness for the Allied invasion of Normandy on Tuesday 6th June 1944. Passengers in England were used to war-related disruptions of train journeys, so they were not concerned about the subsequent overcrowding of the remaining passenger services.

One of the most fascinating relics of times of conflict is the armoured train. The huge, steel-plated locomotives were used to besiege cities, pierce frontlines and support infantry attacks all over the world, in both the first and second world wars.

First used in the 20th century during the Great War, there were obvious advantages to using a huge, armoured vehicle on the rail tracks. They could safely carry equipment and a large number of troops to reach their destination quicker than road travel.

The use of armoured trains revolutionised battlefield logistics, particularly in the late 19th and early 20th century. At this time, the automobile age was still in its infancy, lagging behind train travel. The trains were mounted with cannons and encased in thick armour, making them terrifying fighting machines.

During WW2, armoured trains were used by all parties in the conflict. In Poland, they were used in the defence efforts against invading German troops. Germany had its own armoured trains, with super-cannons attached to a train chassis – such as the famous Schwerer Gustav.

Slovakian armoured trains Štefánik, The Hurban and Masaryk delivered a severe blow to the weakened Nazi forces in September 1944. The British and Canadian forces used armoured trains with arsenals of anti-aircraft, anti-tank and artillery guns to patrol and protect the coast from potential invasions.

Eventually, these trains were abandoned due to changes in the methods of warfare. Tanks and motorised infantry led to new military strategies that pushed out the armoured trains.

At the start of WW2, France had one of the best railway systems in Europe. However, the German offensive unfolded with such speed that ironically, it became critical for the Nazi war effort. The Nazis transported war materials produced in France, Spain and Portugal to Germany using the French rail system.

However, as the war turned against Germany, the French railways were used to move Allied troops, equipment and supplies. As the Allies began destroying the Luftwaffe, by 1944, it wasn’t capable of defending the French railway lines. After the Liberation, the French rail system was vital in supplying the Allied armies around the Siegfried line.

Both the Great War and WW2 saw a massive increase in female rail workers. In 1914, there were 13,000 women working on the railway in Britain, who stepped in to fill the roles left vacant by enlisted men. By the time WW2 began in 1939, the jobs had been filled by men again since 1918 and there were only around 600 female rail workers,

By the end of the second world war in 1945, there were almost 11,000 female employees. In peacetime, the women traditionally worked as train cleaners or waitresses. In times of conflict, they filled the essential roles normally occupied by men.

More than 100,000 women worked in male-dominated sectors in transport – particularly as engineers – during WW2.

During the second world war, London Underground tube stations were used as air-raid shelters to protect citizens from the almost nightly bombing raids by the Luftwaffe. Initially, thousands of Londoners flocked voluntarily to the Underground stations.

The government decided to make it official and installed floodgates at various points, in case bombs hit the tunnels under the River Thames, and 79 stations were fitted with bunk beds to house 22,000 people. They were also supplied with chemical toilets, first aid facilities and a total of 12 canteens.

Businesses, including government offices, were allowed to work from the Underground stations and the closed tunnels. Even London’s anti-aircraft centre used a station for its headquarters.

Since the end of WW2, improvements in other types of transport have meant railways are less important to the military. They are still used to transport armoured vehicles to training exercises or to take vehicles to a conflict zone. In the 1980s, the US Air Force developed the Peacekeeper Rail Garrison, but it was never operational.

On the 11th November, LH-PLC will be observing the 2-minute as a mark of our respect for the brave men and women who gave their lives, so that we might live in freedom. We will remember them. 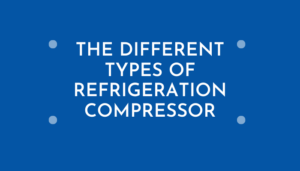